Meet JC and Marieta, some of the newest members of the North Fork Valley’s community of farmers.  The two are the faces behind Brush Creek Microgreens, Farm Runners’  source for micros, shoots, and edible flowers.

This winter, Brush Creek Microgreens moved their operation in to the greenhouse at the University of Colorado’s agricultural research station on Rogers Mesa. On a cold winter night, just as the sun was setting over the mesa, they gave me a tour of their new digs and told me about their journey to becoming microgreen farmers. 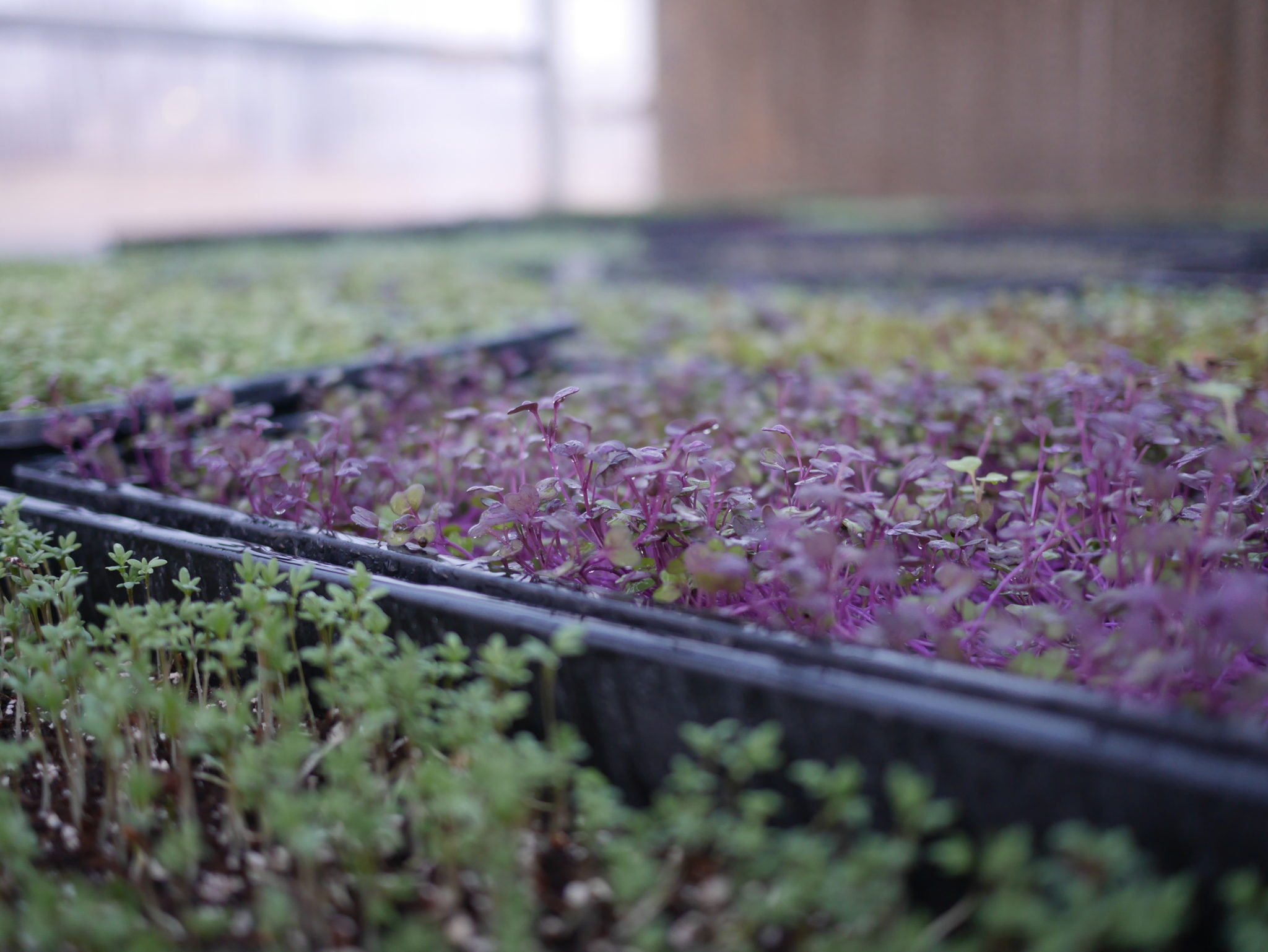 The couple developed their interest in farming and agriculture while studying at University of Colorado.”When we started, we just dipped our toes in a lot of different things,” said Marieta. Through internships, volunteer gigs, and summer jobs, they experimented with everything from ranching to biodynamics, specialty vegetables, and seed saving. After they graduated, they ended up at Full Circle Farms, Colorado’s largest organic farm. As a part of a small specialty crops crew, they worked on variety trials and seed production, and ran the farmers markets for Full Circle. Though they learned a lot and met some great friends and mentors, they left the experience feeling a little bit disillusioned and overwhelmed at the thought of starting their own farm.

Taking a break from full-scale production agriculture, JC and Marieta headed to Aspen, where Marieta was raised. They tried their hand at landscaping and gardening and eventually landed a gig working on The Little Nell’s restaurant garden project. It was there they learned that chefs were really interested in getting locally grown microgreens.

As aspiring farmers with little much money and no land, microgreens were a project the young couple could get started with right away.  “We were young. We had nothing to lose,” JC jokes.  In an empty office building with a grow light and one south-facing window, the couple started the first iteration of their microgreen business. 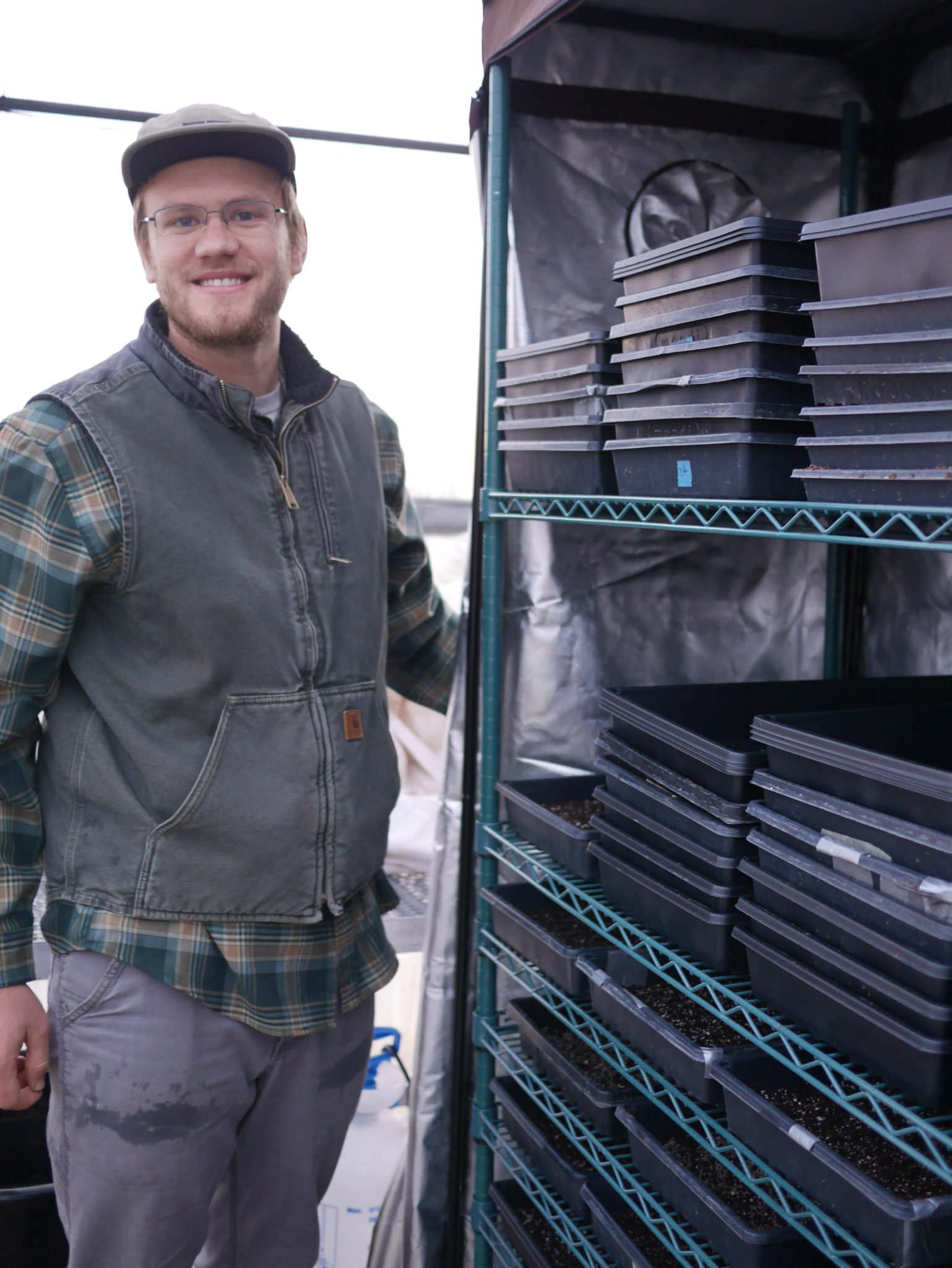 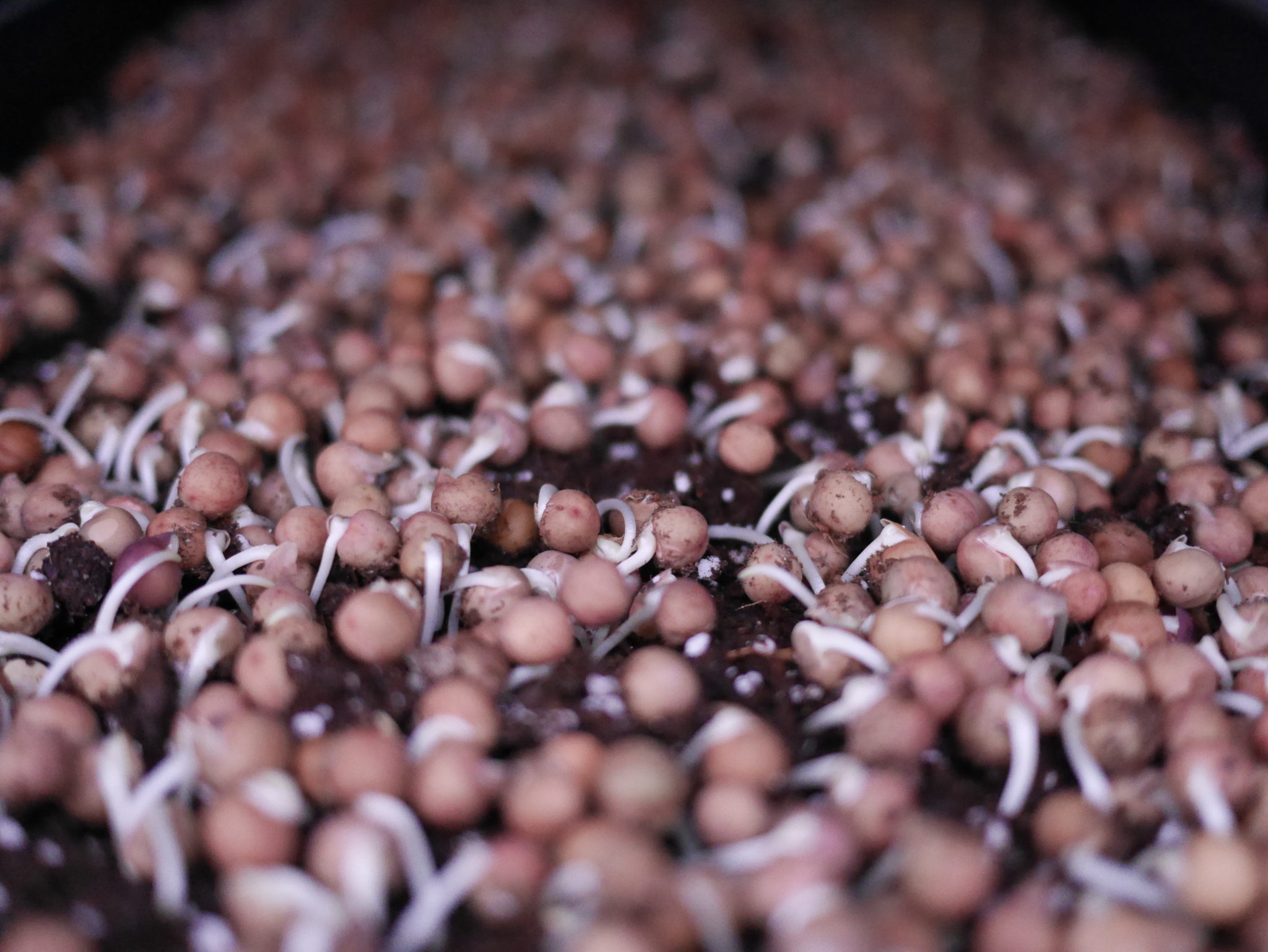 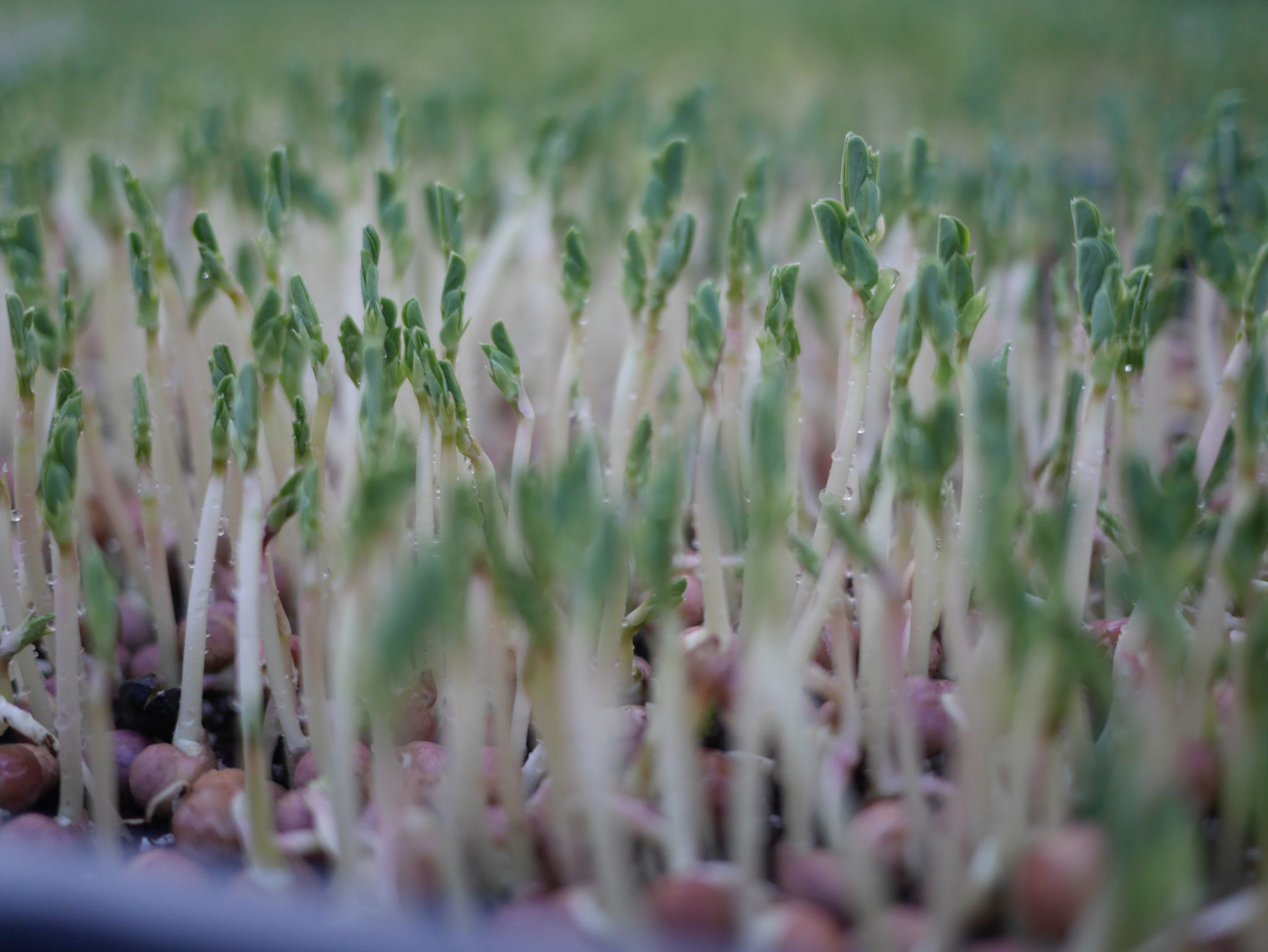 In May, the two moved to Hotchkiss, where their friends AJ and Nicole had just started Deer Tree Farm and Agroforest. Setting up shop at Deer Tree farm, JC and Marieta continued to build their business and came on board as Farm Runners producers. Growing outdoors in tiny covered tunnels, they confronted endless challenges, but were also able to grow more than their small indoor setup once allowed.

In their new spot at the greenhouse, JC and Marieta have been able to expand their operation and work on product development. The greenhouse offers the ability to control the growing conditions to boost the green’s growth with supplemental heat and light when needed. They’ve also been able to glean some growing tips from the research station’s director, Frank Stonaker (who also runs Osito Orchard). “We’re super grateful to Frank,” said JC, about all the support and resources he’s made available to the couple. 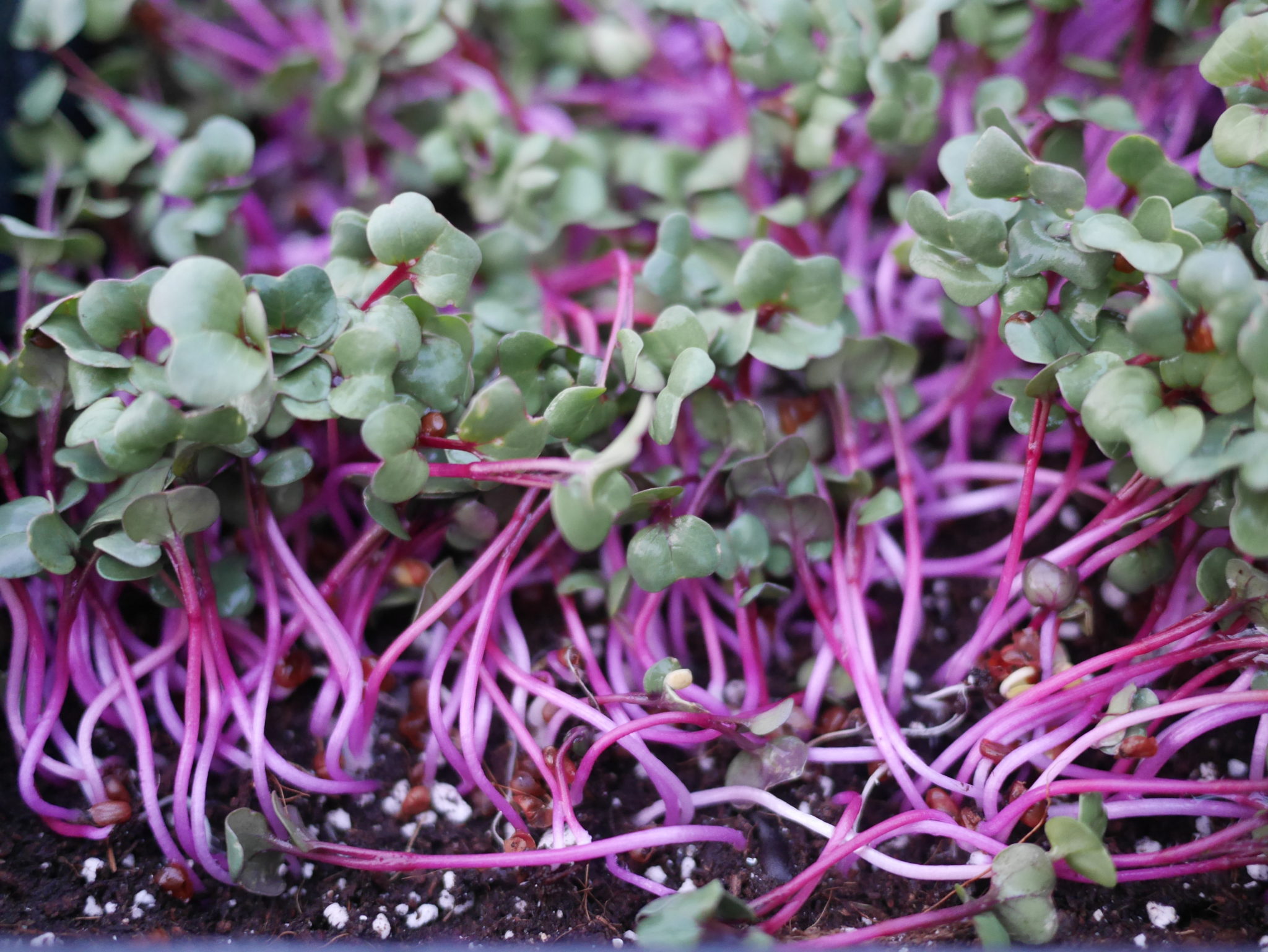 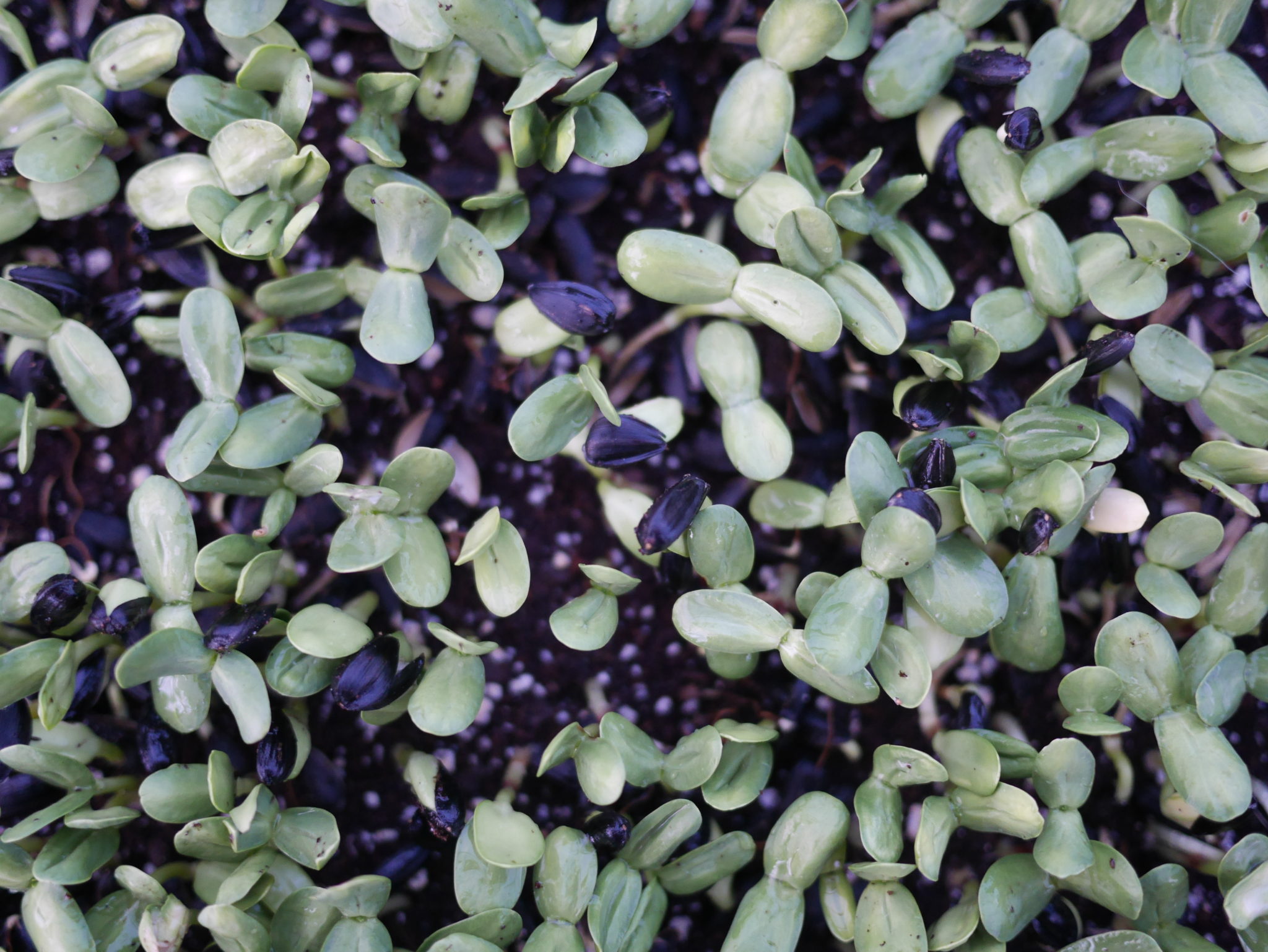 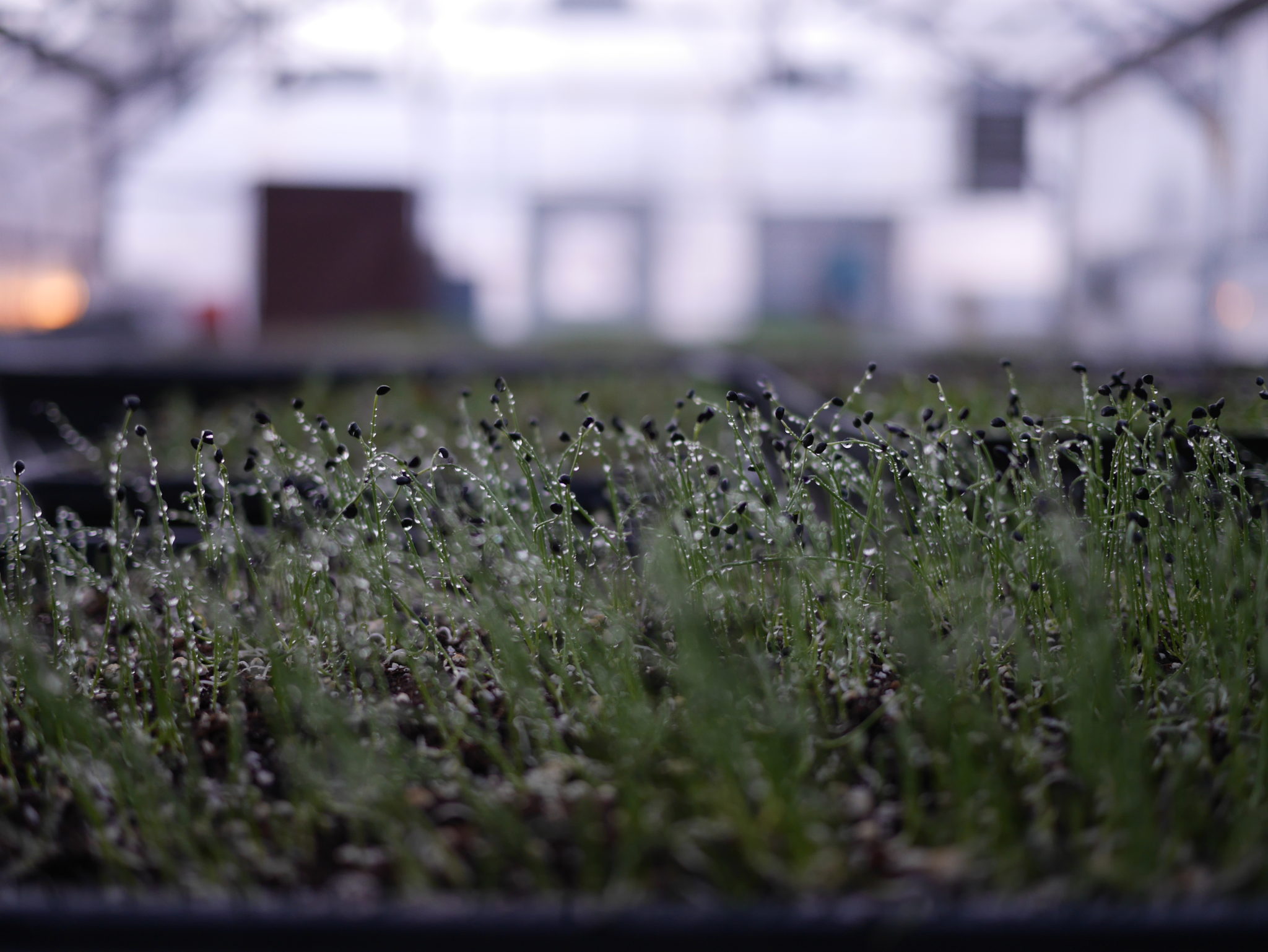 The tables of microgreens at BC Microgreens form a patchwork of of vibrant, tiny plants at various stages of growth. Different varieties of kale, radishes, peas, mustard greens, and scallions glissen under tiny droplets of water. It takes between 10 days and 2 weeks for a tray to transform from a blank slate to a lush carpet of tender and flavorful greens.  The trays first spend a couple days in a warm, humid germination chamber until the seeds just start to sprout. They are then laid out on tables to grow to just the right size -about 7 to 12 days, depending on the weather and the variety. With constantly changing conditions, it can be hard to maintain a consistent growing schedule, but BC Microgreens is committed to providing a steady supply of their products, regardless of weather or season.

Eventually, JC and Marieta hope to build their own greenhouse and incorporate more specialty products, like edible flowers, into their business model. This summer, Marieta will also be starting her own farm-fresh flower operation as well. No matter what they do, they want to maintain their commitment to consistency, quality, and eco-consciousness. 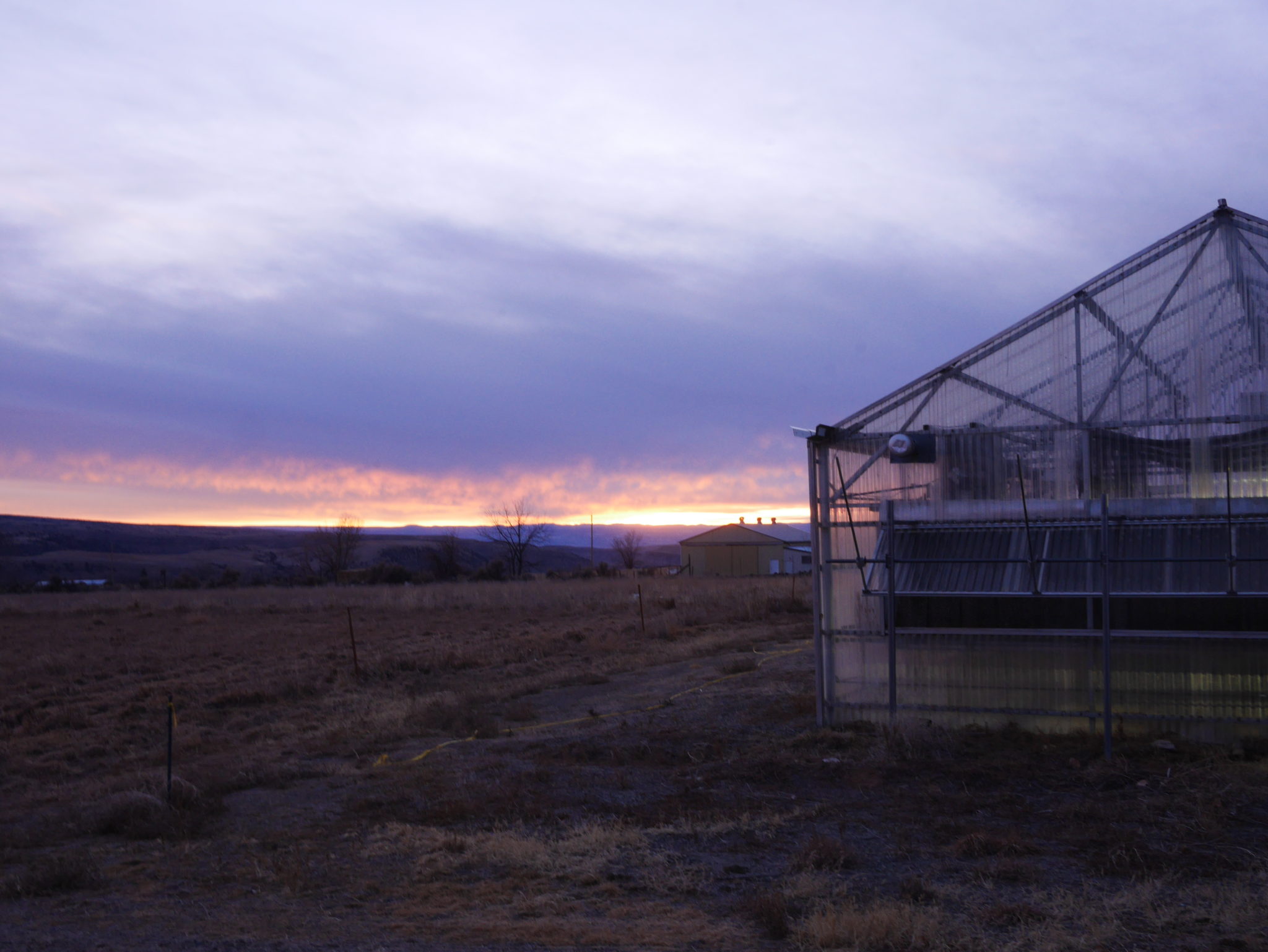